With a financial injection of DKK 12 million over five years from Aarhus University, researchers from the Department of Economics and Business Economics at Aarhus BSS together with international colleagues will work on developing and expanding the economic theories on the so-called “search frictions” in the various markets we interact with on a daily basis.

“Search frictions are reflected in the resources people spend looking for a job, selling their house, taking a bank loan or even finding a life partner,” explains Economics Professor Bent Jesper Christensen, Aarhus BSS, who will head the new centre.

The reason that search frictions are interesting and worth a Nobel Prize is that the theories can explain a wide range of aspects that traditional economics textbooks have so far not been able to explain using pure supply/demand theory.

“Using supply and demand as an explanation of the markets, your point of departure is the actual agreement to enter into a transaction or contract. But a lot of resources have actually been spent before then as people have searched for the right product, the right seller or the right buyer. And this obviously affects the outcome of the final transaction,” says Bent Jesper Christensen.

As such, the search friction models serve to explain why employees who at first glance have the same qualifications, job functions, etc. nonetheless do not get equal pay, why the turnover rate of seemingly identical houses can vary within the same geographical area or why people pay different interest rates on their loans.

This knowledge is important when politicians develop their policies and when consultants attempt to calculate the consequences of new political initiatives.

In 2010, when Dale T. Mortensen received the Nobel Prize together with Peter Diamond, Massachusetts Institute of Technology, and Christopher Pissarides, London School of Economics, for his work on the search friction theories, he was affiliated with the Department of Economics and Business Economics at Aarhus BSS three months a year. He spent the rest of his time at Northwestern University in Chicago.

“He rejoiced in the new people who entered his part of the field and delighted in the chance to help them achieve their highest potentials. This research centre will carry on that passion,” says Beverly Mortensen, who has promised to come to Aarhus when the official opening of the centre takes place later this year.

Vice-dean for Research and Talent at Aarhus BSS Per Baltzer Overgaard is also excited.

“It’s not just an honour for us to be able to establish a research centre in Dale T. Mortensen’s name. It’s also a unique opportunity to elevate the economics research at Aarhus BSS to an even higher international level than today. It’s important for us at Aarhus BSS, it’s important to the economics research and it’s important for society which will put the results to use,” says Per Baltzer Overgaard, who looks forward to the Dale T. Mortensen Centre quickly attracting additional, external funding and academic talent.

“This will allow us to ensure the position of Aarhus BSS and Aarhus University at the cutting edge of research within a key area in the field of economics,” says the vice-dean at Aarhus BSS. 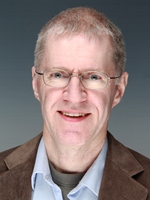 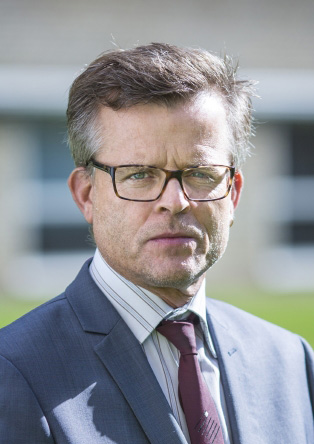 Are you a journalist? Click here for help to reach one of our many researchers and experts